Why Are Legionnaires’ Disease Cases Rising So Rapidly? 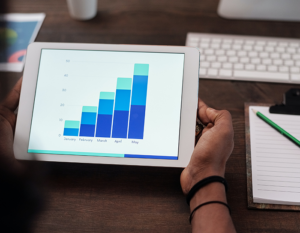 Aging and more susceptible population
As time passes, there has been an increase in auto immune disease as well as an increase in immune suppressing medications. These factors coupled with an aging population increase chances that Legionella infects someone with serious and often fatal side effects through Legionnaires’ Disease.

Aging and deteriorating infrastructure
Piping systems in the US are in rough shape. Much of the piping in this country is over 50 years old. These older pipes are more likely to have sediment and scale, which makes them much more susceptible to the grow the Legionella pathogen. Likelihood of water main breaks increases with pipe age and this also leads to Legionella, other bacteria and opportunistic waterborne pathogen growth. As our piping system continues to age, these pipes become more and more of a problem for controlling Legionella.

Better and more testing and diagnosis
There have been many advancements in diagnostic testing for Legionella, which also adds to the increase in confirmed cases of Legionnaires’ Disease. More Legionella testing is being ordered in hospitals and nursing homes for patients with respiratory disease who are at high risk for Legionnaires’, which leads to more cases being reported.

Better reporting
State and national databases to identify sources when a disease outbreak occurs are critical both for the record keeping of cases and remedying the problem source. The improved collection and dissemination of this data can also lead to a higher reported levels of Legionnaires’ Disease.

Inefficient water laws and codes
Though there are more and more standards being developed by multiple agencies for prevention of Legionella, many of these are only guidelines and not written into codes or law. This gap in standards will continue to provide opportunities for Legionella to grow.

Do you want to keep your customers, patients, tenants and employees safe? Contact Nancrede Engineering for testing, Legionella site assessments, water management plans, Legionella consulting and control systems. Our independence in Legionella testing and control help minimize your costs while mitigating the threat of Legionella and Legionnaires’ Disease.